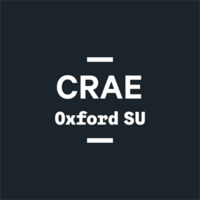 It is now more important than ever for us to understand the dark legacy that colonialism has left upon not only our general society, but also within Oxford specifically, which has long operated as a training ground for the elite of our country, including perpetrators and proponents of Britain’s imperial atrocities. With the ongoing progress of campaigns such as Rhodes Must Fall, it can be easy for students to believe that the removal of colonialist monuments within Oxford, albeit a slow battle, is well on its way to completion. Unfortunately, this is not the case: Oxford still enshrines disgusting colonial values - not just as a physical institution, but more disquietingly in the interactions that people of colour face in their daily lives as students and staff.

These interview quotations from the 2014 CRAE 100 Voices campaign, as well as other CRAE sources, demonstrate the lasting effects of colonialism at the university. We highlight these effects for three main purposes. Firstly, for education: to illustrate that colonialism is very much present in Oxford through the effects that Oxford University can have on people of colour. Secondly, for solidarity: to assure others who have experienced the effects of colonialism that they are not alone, and that they are in no way responsible for the problems that they face. Thirdly, and most importantly, to highlight the specific problems experienced and described here, to help create a solution to the deep-rooted issue that is Oxford’s colonial legacy.

On Oxford as an institution

“Being at Oxford as a person of colour, I’m made to feel small. I’m diminished immediately by the city’s architecture and its colonial grandeur… You know that your faculty or college building was constructed upon the bruised back of those who were diminished before you, and your interactions in and outside these spaces serve only to remind you of this… This reduction forces you to question your existence in this place, whether or not your being here is valid, and whether you are entitled to occupy the space, which you know you deserve.” (BME Voices Photo Campaign 2017)

By far the most striking and clear quote on this topic from the campaign, it needs little further explanation of its content. Instead, what is important to unpack is the direct effect of Oxford’s visible colonialist history on many students. It seems that the more students of colour learn about the city and institutions they have worked so hard to become a part of, the more this same city and institution make them feel uncomfortable. The alternative is to continue to feign ignorance of Oxford’s history - but frankly this is impossible in a place with such heavy history. Furthermore, Oxford should not claim to be a welcoming environment unless more work is done to remove colonialist presence.

“There are very few institutional spaces in Oxford where you can have a regular black gathering that is supported and funded and has its own infrastructure of history.”

Even if you believe that institutional change is a gradual process and will not be seen by students while they are here, this in fact reinforces the idea that marginalised students need more support for the years they do spend here. While the university should be working to remove unequivocally colonialist architecture and iconography wherever logistically possible (statues, for example, require little effort to remove), it is also the university’s responsibility to ensure that there are safe spaces for POC and that they are providing them with abundant support. Thanks to the consistent work and fundraising efforts of societies such as ACS, we have seen some change since 2014, but most of this work is still done independently by student societies. The University of Oxford owes more to its students, who have consistently demonstrated commitment and dedication, and have invested time, effort, and emotional labour.

“There is no denying that Oxford is just so white. And broadly politically conservative. This environment allows racists to be comfortable. Other than calling racists out when you can, and supporting and encouraging black (especially) and other non-white applicants, what can you do? When I have brought black applicants to Oxford as part of my college's outreach, they were shocked by the whiteness of the city and the university. It deterred them.”

The legacy of discrimination persists even where open discrimination may not. Many prospective students come to Oxford without considering that lack of representation is a problem even today - but they are shocked at just how obvious the issue is. Although intakes in recent years have moved closer to being representative of the UK population for different minority groups, this has yet to translate completely to the entire student body; the lack of representation is clearest among postgraduates, for example. However, even in cases where students are able to overcome this worrying deterrent, issues relating to more modern forms of racism often arise.

“I think I’ve successfully made myself fit in [to Oxford] and, in that process, I’ve actually lost myself.”

Once again, though it may be the case that diversity in Oxford has improved since 2014, this does not necessarily eradicate cultural issues. A lack of diversity in the areas where one finds interest and friendships, regardless of numbers across the university, can lead to many students feeling as if they have to change their identity in order to fit in amongst their peers.

Given the issue has been as a result of many sustained years of non-representative admissions, and even the simple fact that this culture is pervasive within Oxford, the university has a major responsibility to provide greater support to student-run societies which promote gatherings for people of minority ethnicities and cultures.

The issue of poor POC representation can also more directly damage the quality of education received by students of colour, as was well-put by one respondent:

“It’s a race thing as well. Because...you go into a room and you just see this room sat with like white, middle-class professors and it’s like, these people won’t like me, these people won’t understand me, these people don’t…I couldn’t even share a joke with some of the people that lecture me because we have nothing in common…and like that just creates an artificial barrier that doesn’t have to be there but one that… [is] like a glass ceiling, it’s one that has to be broken in order to strike up nice conversation.”

If we are forced to take the current level of racial diversity among tutors as given, it is again the responsibility of colleges and the university as whole to ensure that students of colour are made to feel comfortable. Any situation where the quality of education for some students is higher than others due to the environment created should be investigated. Naturally, there will always be cases where students are unable to relate to their tutors - but when this happens for every tutor a student has over the whole course of a degree, there is a serious issue.

“Most of my issues with race revolve around my subject. My degree is almost exclusively white, and I know it has been a problem for black or Indian friends. Although there is a lot of scholarship on the topic of race in the classical world and in classical studies, it is often not on reading lists and not discussed. Race issues are so prominent in the ancient world, yet in my Oxford experience have been largely swept under the carpet, and I would say that this problem is increasing.”

The same degrees which can, but fail, to address race through their curricula are often the same degrees with the lowest numbers of POC students. Where efforts could be made to make curricula more inclusive - for example through a greater variety of options tackling race, or through increased numbers of authors from diverse backgrounds on reading lists - far more must be done.

“Furthermore, the real problem is that, whilst I have enjoyed my degree, it is only in my special topic that I have been able to study race-related issues. The English Literature undergraduate degree is mainly the study of white male authors, suggesting that they were the only ones writing at their time, which is untrue. This furthers racist attitudes by dismissing African-American literature. If I can find the relevance in studying Dickens, which I thoroughly enjoyed, so can my classmates find the relevance in reading Phyllis Wheatley or Harriet Ann Jacobs.”

The omission of diverse literature almost deliberately implies that POC voices are less important than those of white Europeans. The impacts of these implications are rarely even considered by the university. The strong feelings of many students are made clear with opinions such as that below:

“It means that BME students are made to feel inferior and our identities are subsumed, almost as if to say there are no academics from other backgrounds that haven’t made huge developments in their field. It’s said implicitly in the curriculum we study. After a while we begin to accept these things as being natural when we shouldn’t… you accept the idea that Europeans and Eurocentric voices are the most authoritative and legitimate!”

While this document contains some recommendations for action to be taken by the University, it acts primarily as a reminder of the ongoing problem of racism here, on the level of individuals and, crucially, the system. It is the consequence of a colonial history which surrounds us with its physical, ideological, and cultural manifestations - and we cannot afford to ignore it. For too long the lives and livelihoods of people of colour have been under threat; students and staff at this very university feel the ramifications of this in very real ways, expounded amply above. While it is true that some progress has been made, now is not the time for complacency. The University must dedicate itself to platforming, elevating, and listening to the voices of those whom it has historically marginalised, and must commit to carrying out changes which are necessary and long overdue.

Back to Student Movements and Campaigns