The Oxford History Faculty is in the firing line of the study of colonialism. It was, after classical Greats, a training ground for colonial administrators; but what they studied was not Africa, Asia and the wider world, but England (a lot) and Europe (a little).

Things have changed a great deal in the last fifty or sixty years and this change has accelerated in the last five or ten years. A rethinking of the study of empire and colonialism has been taking place at all levels of the Faculty, from research and publication to masters and undergraduate teaching, student initiatives and work with schools.

In the wake of the Rhodes Must Fall campaign, the Faculty has organised a range of activities. First of all, there has been a lively series of annual workshops (2016, 2017 and 2019). These have brought undergraduates, graduates and academic staff together to discuss colonialism as it has shaped the history syllabus and the university’s architecture and outlook and to think about ways forward. We established a Race Equality Working Group (REWG) in 2016; this enables students and staff to influence the Faculty’s policies, environment and teaching.  In 2018, the REWG met to discuss the Royal Historical Society’s Report on Race, Ethnicity and Equality in UK History and agreed 11 points of action, some of which are under-way and some of which will be picked up on by a new Race Equality Action Group, established in the summer of 2020. This will build on and consolidate past initiatives in taking significant action to address racism in the Faculty and to respond to concerns around curriculum and staff and student experience that were given renewed voice in the wake of the killing of George Floyd. The project will be led by a steering committee including expert External Advisors and drawing on existing Faculty, Staff and Student expertise.  The plan includes short-, medium- and long-term projects that will focus on five key areas (data collection and listening; recruitment and staff experience; admissions and student experience; events and community history; and curriculum), in liaison with other relevant bodies.

We have hosted events with Common Ground and we celebrate Black History Month with events and lectures each year. Our UNIQ summer schools, designed to widen participation at Oxford, include one on ‘Race and Protest’ and another on ‘Global Encounters in the Pre-Modern World’; in 2019 we organised our first study day specifically aimed at BAME school students and focusing on histories of race in a national and global setting, and in 2020 we co-organised an online BAME Humanities Study Day for students across the country. 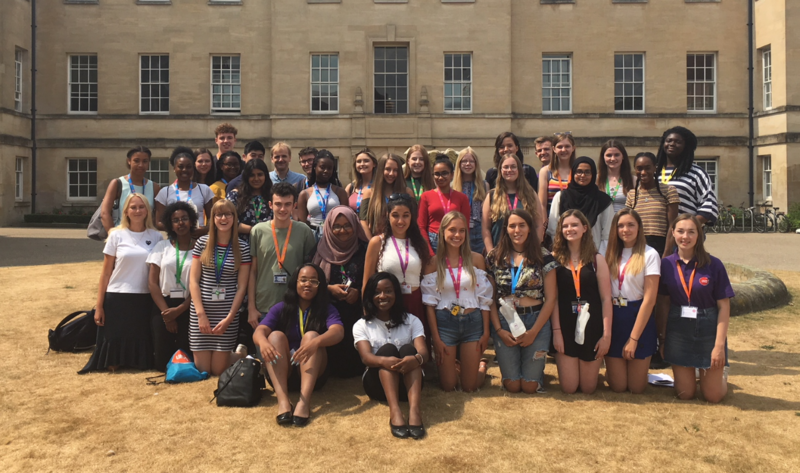 The ‘Oxford and Empire’ project headed by Erica Charters to encourage students to research the legacies of empire in Oxford’s built environment received a teaching award from the Humanities Division in 2018. Since then, it has received a TORCH Public Engagement with Research Seed Grant, a TORCH Network Grant and direct funding from the History Faculty. The network encourages discussion of the history and legacies of colonialism in Oxford. It has supported undergraduate dissertations, a series of plaques in the city and digitised models of the objects on Oxford’s Cabinet digital platform and provides an important hub for showcasing the historical research on Oxford’s connections with empire and colonialism being carried out across Colleges and Museums in the City. In 2019, Oxford and Empire published an important essay by William Beinart, Emeritus Professor at St Antony’s College on ‘Rhodes Must Fall: the uses of historical evidence in the statue debate in Oxford 2015-16’. In October 2020, we held a roundtable examining Current Research Oxford and the Legacies of Slavery and Empire under the auspices of the REAG, which has also established a Reading Group on Race, Research and the University in collaboration with the Transnational and Global History Seminar.

Alongside the Oxford and Empire project, Faculty colleagues, early career researchers, and graduate students established training for students and research fellows to give public tours that discuss the legacy of colonialism in Oxford.  This has evolved into a highly successful social enterprise. 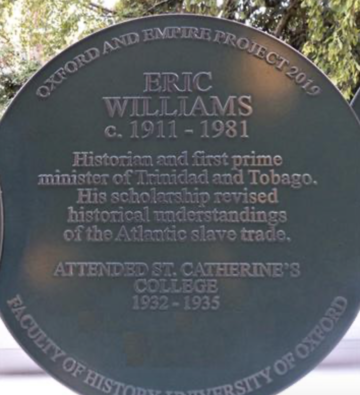 In 2018, we were proud to take part alongside colleagues in the African Caribbean Cultural Heritage Initiative and in the museum sector, to develop ‘A Nice Cup of Tea’, an exploration of the colonial histories behind Britain’s national drink.  In 2019, Dr Abigail Green was awarded funding by the AHRC for a project on the Jewish Country House which challenges the nationally framed paradigms of existing country house studies and enhances public understanding of the Jewish dimensions of country houses, contributing to the process whereby missing and rejected minority perspectives are entering the historical and heritage canon. In 2020 we appointed a new part-time Community History Fellow – Dr Priya Atwal - who will help us to develop and sustain further historical projects with partners in Oxford’s communities.

The history syllabus was substantially reformed in 2017-18. Whereas before 1988 all undergraduates had to study three periods of English history, now they have to study at least one period of global history along with British and European history. New options have been introduced, including (second year) ‘The Global Middle Ages’, ‘Eurasian Empires, 1450-1800’, ‘The Global Twentieth Century, 1930-2003’ and (first year) ‘Haiti and Louisiana: the problem of Revolution in the Age of Slavery’. There is a Master’s degree in Global and Imperial History and global and colonial options make up a good part of the revamped masters courses launched in 2018. More information can be found here.  In 2020-21 this revised curriculum will be reviewed and may be amended in line with recommendations from the REAG and the Race Equality Working Group.

The Oxford Centre for Global History holds regular seminars and supports powerful and innovative research at the frontiers of colonial and postcolonial history. In 2018, it hosted the Royal Historical Society’s Symposium in its 150th anniversary year on ‘The Future of History: Going Global in the University’. Among its many research projects, both funded by the European Research Council, are Pekka Hämäläinen’s ‘Nomadic Empires: a World-historical approach’, which covers two millennia of history and Miles Larmer’s ‘Comparing the Copper Belt. Political Culture and Knowledge Production in Central Africa’, which explores how both social-science models of development and African collective memory of a golden age have misrepresented the history of the copperfields of Zambia and Katanga.

Research on colonialism in the Faculty is also feeding into the school curriculum. Miles Larmer received a Vice Chancellor's Diversity Award in 2018 for providing resources to underpin a new GSCE module on ‘Migration, Empires and Peoples’. It is hoped that this will encourage students from non-traditional backgrounds to continue their study of these themes at Oxford.

Research by Andrew Thompson, Professor of Global and Imperial History has also contributed to public policy discussions.  In 2019, he was invited to present evidence to the Home Office as part of the Windrush Lessons Learned Review, and as Executive Chair of the AHRC, he published an article reflecting on the role of in helping societies address history in a way that informs the present and the future.

Recent publications on the history of slavery, colonialism and their memories include   Ryan Hanley, Katie Donnington & Jessica Moody (Eds.), Britain's History and Memory of Transatlantic Slavery (Liverpool University Press, 2016); James McDougall, A History of Algeria (2017); Adam I.P. Smith, The Stormy present: Conservatism and the problem of slavery in Northern politics, 1846-1865 (2017); Katherine Paugh, The politics of reproduction: race, medicine and fertility in the age of Abolition (2017); Andrew Thompson & Martin Thomas (eds.) The Oxford Handbook of the Ends of Empire (2018); Robert Gildea, Empires of the Mind: the colonial past and the politics of the present (2019); and Stephen Tuck, The Night Malcolm X Spoke at the Oxford Union (2014) and The Other Special Relationship: Race, Rights and Riots in Britain and the United States (2016). Yasmin Khan, who has published several books and articles on India since the 1940s, including The Great Partition (2007) and The Raj at War (2015), has recently written and presented a BBC series detailing the experiences of people who came to Britain from India and Pakistan. Rana Mitter, Director of the University’s China Centre, has published extensively on China’s experience in the twentieth century, including in the context of decolonisation.

Symbolically, in the Faculty building, a seminar room has been dedicated to Professor Merze Tate, the first African American woman to graduate from Oxford.  During 2018-19, we had the opportunity to learn more about Merze Tate from Harmsworth Visiting Professor, Barbara Savage, who has been working on her social and intellectual milieu. In 2020 the Faculty created the Barbara Savage Prize of the best thesis in Black History after a town hall meeting consulting students to ask what could be done to advance race equality.

For more details of the Faculty’s activities – including in wider spheres of ‘decolonisation’, such as gender equality, LGBTQ+ and disability rights – please see our website.