The Department of Social Policy and Intervention (DSPI) is a multidisciplinary centre of excellence for research and teaching in social policy and the development and systematic evaluation of social interventions. The department carries out both applied and basic research and we are home to a global community of academics and researchers with a wide range of disciplinary backgrounds including anthropology, economics, demography, psychology, political science, social policy, social work and sociology. The Department’s teaching and research is international in outlook and attracts students from around the worldincluding Africa, Asia, and Latin-America. 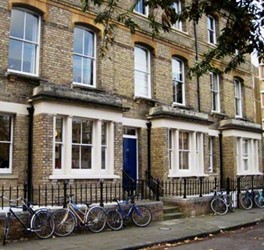 The Department has been shaped significantly by its history, which dates back over a century to ‘Barnett House’, which was founded in June 1914 as an independent institution. It was established ‘to advance the systematic study of current social and economic questions’, to encourage and train people to take up social and caring work, particularly in the urban ‘settlements’ in disadvantaged areas, and to promote adult education.Over the years Barnett House gradually moved into a closer relationship with the University, and in 1960s was formally incorporated into the University. In 2010 Barnett House became the Department of Social Policy and Intervention to reflect its evolved teaching and research focus.

Perhaps most notably in terms of the issue of colonialism, Leonard Barnes was appointed Director of Barnett House in 1948. He fought in the First World War but was seriously wounded shortly before the Armistice in 1918, and he wrote some moving and bitter epic poems, and was a published war poet.Having taken his Oxford degree after the First World War, he became a rising civil servant in the Colonial Office, but threw it all up to join a wartime friend farming in South Africa. Finding the land had been requisitioned from the local Zulu, he began documenting colonialism in South Africa and recommending reforms, first as a campaigning journalist and later as a writer (eg, Caliban in Africa, published by Gollancz in January 1930).He returned to England in 1932 and took up a position on the Labour Party's Imperial Advisory Committee. In the 1940s he wrote a series of anti-colonial pieces for Fabian Society pamphlets, and he continued advising governments of newly-independent countries in the 1960s and 70s.  During his time as director of Barnett House from 1948, the structure of the department as a teaching and research centre within the university, began to take shape. A H Halsey, who succeeded him in 1962, carried this forward and greatly expanded it over the next thirty years.

This early commitment to address issues related to colonialism in addition to research focusing on social and economic equality, is reflected today in the diversity of DSPI’sgraduate population, and the focus of MPhil/DPhil research on topics such as colonialism, race relations in the USA, and barriers and facilitators of justice for survivors of sexual violence in sub-Saharan Africa. DSPI is currently offering four scholarships of which the Accelerate Scholarship will give priority to African applicants, who will join other members of the UKRI GCRF Hub research team (see below) from Nigeria, Zimbabwe, Ghana, and South Africa.

We have numerous examples of joint working with African and Asian countries. Notable examples include the UKRI GCRF Hub on Accelerating Achievement for Africa's Adolescents. The GCRF Hub works with eleven African Universities, the African Union and local NGOs in 34 countries across the region.It identifies effective services with synergies across multiple Sustainable Development Goals: ‘Accelerators’. It responds to requests from policymakers for evidence that helps them to make the best, cost-effective policies for African adolescents.  The Department has a shared research team with the University of Cape Town – co-led and with shared budgets across the two Universities. Together they have led research studies with the South African government, to support highly vulnerable children and families. These include a four-year cohort of adolescents living with HIV, and research to support adolescent mothers and their children. They plan their research and engage with government together with a group of children and teenagers in South Africa. 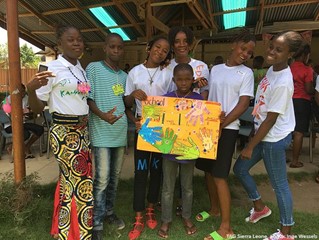 Another example of such collaborative working is DSPI’s hosting by Rebecca Surender, Pro-Vice-Chancellor and Advocate for Equality and Diversity and Senior Research Fellow (DSPI) of Laetitia Charmaine Rispel,Professor of Public Health at the University of the Witwatersrand (South Africa) as part of a Senior Fellowship with the Africa-Oxford Initiative in 2021, and who will study career choices of health professionals in South Africa and contribute towards national health workforce policies.

As part of the Oxford and Colonialism Project and the Black Lives Matter Movement, we are now beginning the process of assessing thecontinuing influence of colonialism on our department. Some our research is based in countries that were former colonies and some of the theories and methods that guide our work emerged from a period in which colonialism informed much of the social sciences. Both of these issues within the research practice of the department deserve further examination in terms of existing practices.

We also want to ensure going forward that our teaching reflects an understanding of these issues, not least because they are essential to critically-engaged social scientific practice but also because we want our courses to be inclusive, especially to students of colour who come from countries that have experienced subjugation.