St Peter’s College (originally St Peter’s Hall) was founded in 1929 by Francis James Chavasse (1846–1928), former bishop of Liverpool (1900–1923), and his eldest son, Christopher (1884–1962). It is relatively young by Oxford standards, so while its relationship to British colonial history is in some ways not as pronounced as that of many of its neighbours, colonial networks of power – particularly those that sustained evangelical overseas missions – helped shape St Peter’s, as well as the lives of its staff and students, in the period shortly before and after World War II. 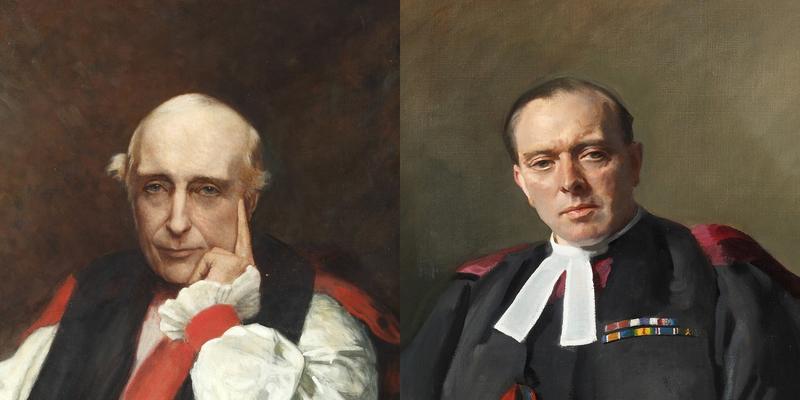 The links between St Peter’s and evangelical Anglicanism begin with the college chapel, a building which was formerly the parish church of St Peter-le-Bailey. It was as rector of St Peter-le-Bailey, then one of three centres of evangelical Anglicanism within the city of Oxford, that Francis Chavasse spent a formative part of his career, living and working in and around the area in which St Peter’s is now situated. 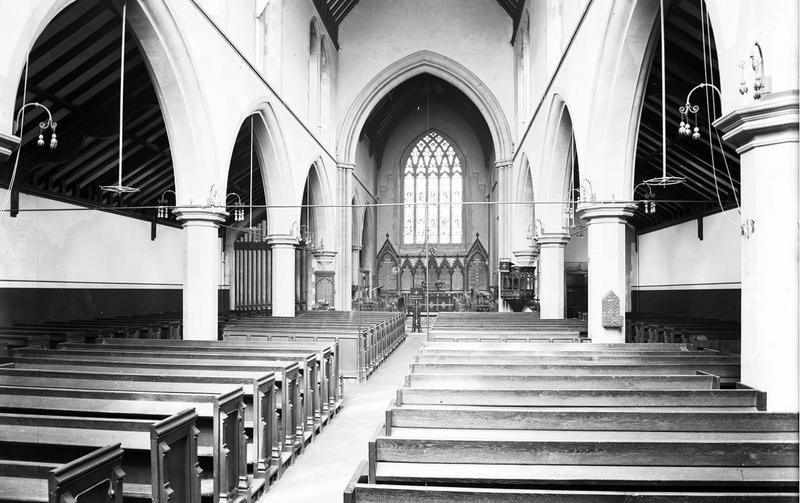 When Chavasse returned to Oxford from Liverpool in 1923, he came back to the same part of the city to establish St Peter’s Hall, whose founding mission he saw as twofold, namely to provide a centre of low-cost Oxford education for promising students of limited means that would also act as a champion of the traditions and practices of the evangelical Anglican world of which Chavasse himself had become a leading figure. As a result, many of the Hall’s early supporters and/or students had connections to the world of evangelical imperial endeavour, which was itself embedded within Britain’s empire project.

The most obvious physical legacy of these connections is the college dining hall, which is today known as Hannington Hall. It is named after the Anglican missionary James Hannington (1847–1885), the first bishop of Eastern Equatorial Africa, who was captured and killed alongside his African porters in Busoga while travelling to Buganda, both territories in present-day Uganda. The hall was originally named in his memory in 1897 by Revd William Talbot Rice (1861–1945), then rector of St Peter-le-Bailey, who purchased the building with the aim of using it to extend “the influence of Evangelical Religion in the University, and especially the claims of foreign missions which have always held a foremost place in evangelical activities.”

The building was subsequently acquired for conversion as the St Peter’s dining hall by Francis Chavasse, who retained the Hannington name, in part because of Hannington’s reputation within the evangelical community. Such was this reputation, in fact, that Christopher Chavasse oversaw the installation in 1929/30 of Hannington’s stained-glass effigy within the hall and his coat of arms above the main entrance, both of which are still in place today. 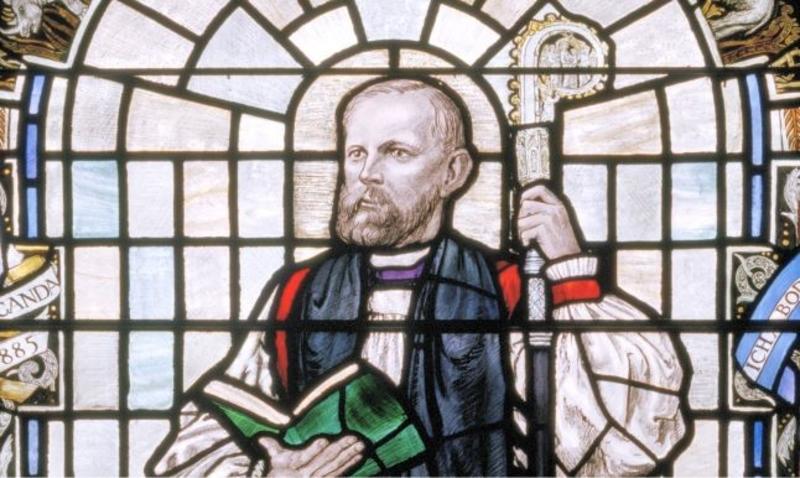 The college’s connections with those involved in overseas Christian missions, many of whom were based in Britain’s colonies and dominions, also had a notable impact upon its early student recruitment. It was via this route that our first Black student, Alfred Nathan Nsubuga Mayanja (b. 1905), arrived at St Peter’s in October 1929. 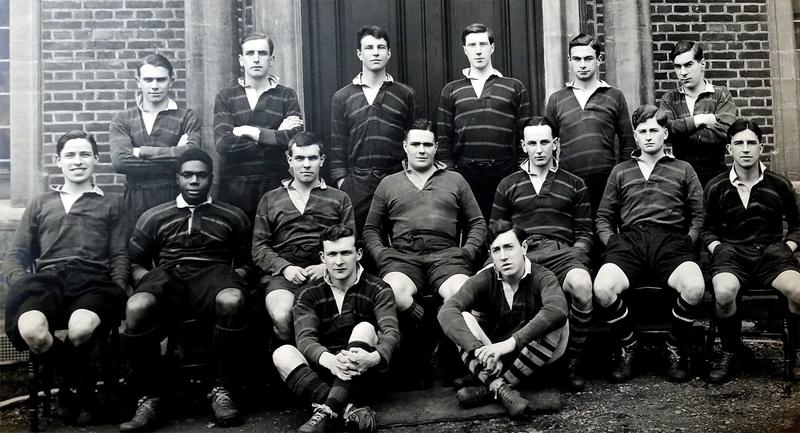 A graduate of Trinity College, Kandy, which had been founded by the Church Mission Society (CMS) in 1872, Mayanja was the son of Nasanieri Mayanja, an early convert to Christianity among the Buganda people and a servant of James Hannington’s episcopal successor, Alfred Tucker (1849–1914), after whom Alfred Mayanja was presumably named. (So intimate were the connections within the East African missionary world at this time that an undated note within Alfred Mayanja’s student file suggests he was related to the Bugandan kabaka, Mwanga II [1868–1903], on whose orders James Hannington was killed.)

Anti-Colonialism and the End of Empire

Alfred Mayanja himself graduated with a degree in Law in 1933, subsequently returning to his native Uganda to set up a legal practice. His story became typical of many of the college’s early overseas students, who, following graduation, returned to their home countries, either to play a role within that nation’s colonial administration or to set about promoting the idea of independence from it. Examples of the latter from this time include Edward Akufo-Addo (1906–1979) and Daniel Ahmling Chapman Nyaho (1909–2001), who both came to St Peter’s in 1933 and who would both subsequently become known for their significant roles in the politics of post-colonial Ghana (formerly the British Crown Colony of the Gold Coast). More information about their lives and achievements can be found on our website. 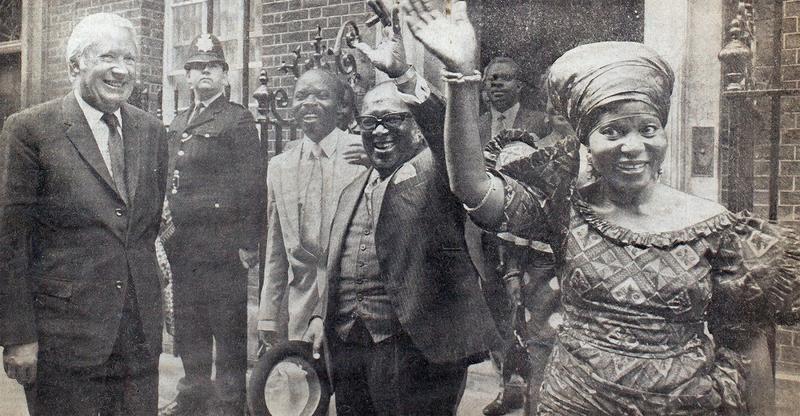 Other St Peter’s students used their time at Oxford to encourage links between Britain and their home countries in different contexts. Such was the case with Lo Chung-Shu (b. 1903), who came to St Peter’s in 1937 via the recommendation of Frank Albert Smalley, a missionary then active in East Asia, including in British Hong Kong. Professor Lo, as he was known, energetically promoted cultural cooperation between China and the United Kingdom, even going so far as to convene a meeting with senior members of the University in November 1939 to discuss various initiatives. He returned home shortly thereafter, and played a leading role in encouraging Anglo-Australian support for Chinese universities during World War II. 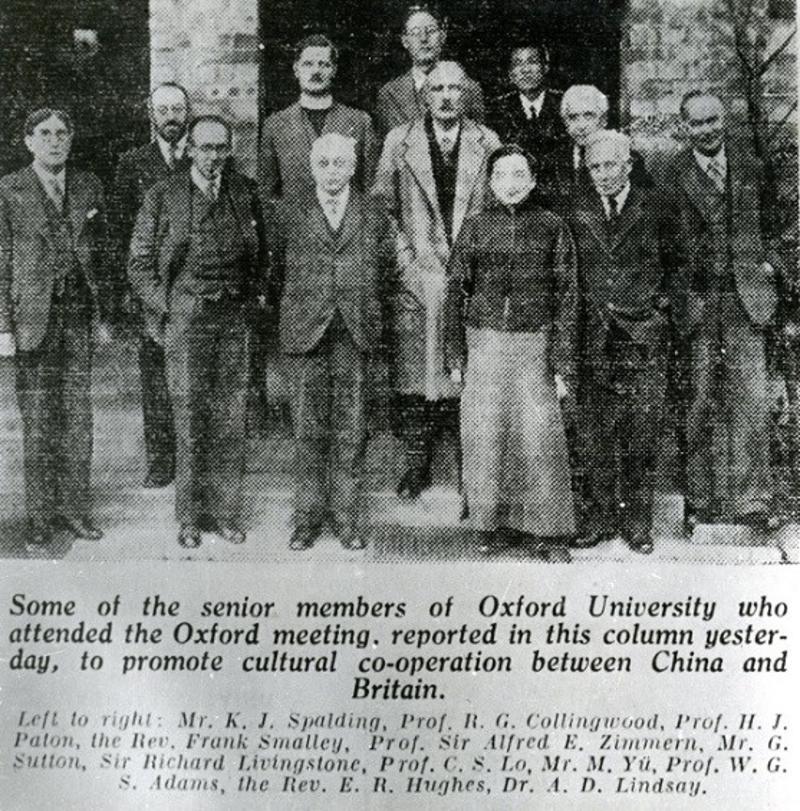 Lo Chung-Shu with University members in 1939

The outbreak of war in September 1939 put an almost sudden stop to student recruitment of all sorts at St Peter’s, the buildings of which were handed over to Westfield College, London, whose students had been evacuated on account of The Blitz. But one need only glance at the college’s war service and casualty lists to see the influence of Britain’s colonial presence around the world writ large, with former students either serving in colonial forces (4th Assam Rifles, Indian Army; Nigeria Regiment; Burma Frontier Service; Sudan Defence Force) or being noted as taken prisoner while working in the administration of one of Britain’s colonies.

As decolonisation gained pace after 1945, the post-war period at St Peter’s naturally saw a gradual shift in its relationship with Britain’s empire. This shift coincided with changes at St Peter’s itself, which in 1961 became a full college. This change in status, coupled with wider socio-economic developments both within Oxford and the United Kingdom more generally, saw St Peter’s gradually move away from its evangelical roots. It nevertheless continued to welcome students from existing or former colonies, who came to Oxford via the Colonial Scholars programme, administered by the Colonial Office. It also employed those with professional links to Britain’s former colonies. Among them was Raymond Veveysan Vernède (1905–2003), who served as Bursar between 1957 and 1970, and who, until 1947, had worked for the Indian Civil Service. His connections to the sub-continent, and to Britain’s colonial presence there, are represented most visibly by the college’s collection of 18th- and 19th-century Indian textiles, known as Chamba rumals, which are at present displayed in the Dorfman Centre. 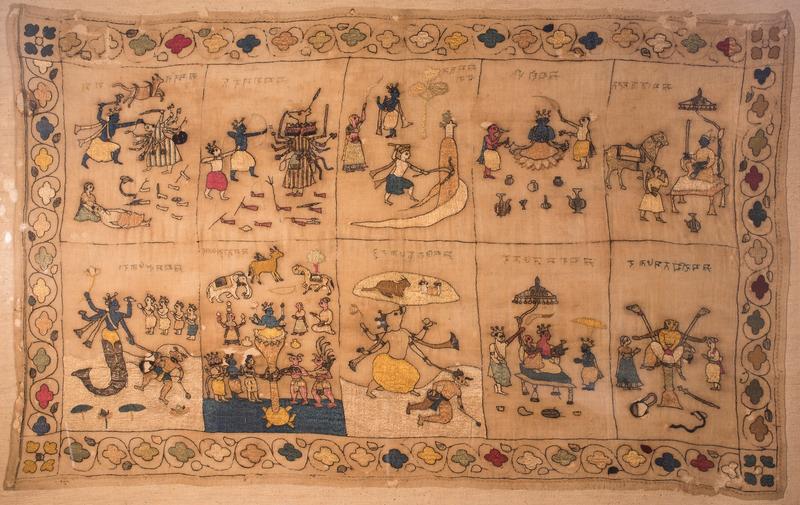 One of the St Peter’s Chamba rumals

Today, St Peter’s is committed to creating and maintaining a community which promotes equality and values diversity amongst all its staff and students. While we are proud of the fact that the college, from its inception, has sought to promote access to students with ability but limited financial means, and to admit students of colour from around the world, we are also aware of the complex legacy of our relationship with Britain’s colonies as manifested through our 19th-century evangelical roots.

Through our forum for Equality and Diversity, we are currently working on projects to better understand the diverse histories of our alumni, and to reflect our commitment to inclusion through our buildings, teaching, research and outreach.

Back to Colleges of the University